Current information
about our company

The information and materials for cooperation with us

You can contact our medical specialist, who will provide you all of necessary information about our products.

System 2RA-ACL Precision makes it possible to control multidimensional movement of knee joint. This system consists of two splints 2RA and under-knee belts thanks to which femoral and tibial epiphysis do not excessively shift to each other in sagittal plane. It may appear in case of anterior cruciate ligament (ACL) injury (anterior drawer syndrome). Polycentric splints 2RA are equipped with coupling mechanism with main conductive elements which move of parabolic tracks. It makes it possible to hold hinges in the axis of bending knee joint when knee joint bends. Anatomic splints have overextension blockage 15 degrees, flection blockage 75degrees and blockage in straight position. Adjustment of flexion and extension angle is possible with the aid of special screws (each product is equipped with Allan key which is indispensable for adjustment). The system which contains under-knee belts additionally stabilizes knee joint and, moreover, it prevents excessive moving of capital tibial epiphysis ( symptom appears in case of either partial or complete ACL damage). Orthoses with 2RA-ACL system should be applied directly after knee joint injuries with partial or complete ACL damage. Furthermore, they should be used until reconstructive surgery will possibly be carried out (in order to eliminate the situation when injury results will deepen). Orthoses with 2RA-ACL may by applied by people who do not consider reconstructive surgery ACL or do not qualify for this surgery. Regarding orthoses, they are beneficial due to the fact that they improve efficiency and aesthetics of walk. In addition to this, they often make it possible to play sport despite instability of knee joint. As far as both construction and look of splint are concerned, they are patented by Reh4Mat company in The Office of Harmonization for the Internal Market (OHIM). 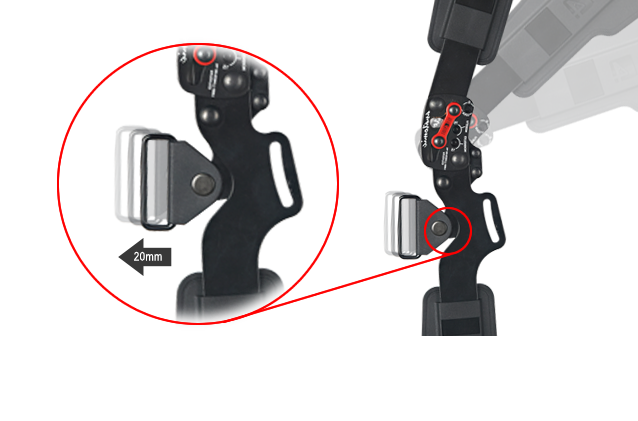 There are no products with this stiffening